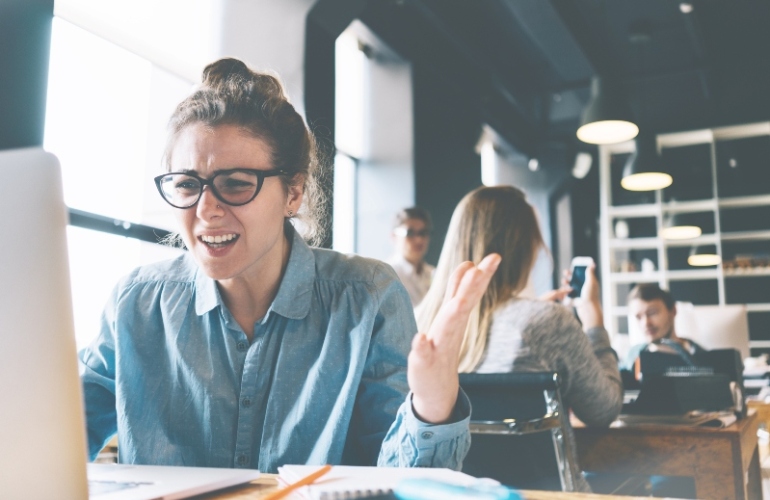 For nonprofit organizations (NPOs) in particular, social media can be an incredibly valuable and engaging tool to reach out to potential and current constituents for donations and volunteering. Through Facebook, Twitter and LinkedIn, nonprofits can promote their cause, share the meaning behind their mission and get people involved. But just what does this involvement look like?

Enter slacktivism. Like its very name, slacktivism provides the perfect combination of activism and slacking. What does that mean, exactly? Slacktivism represents actions taken by certain social media users online in support of a political or social cause. However, these actions usually don’t require much effort. They look something like “liking and sharing” a post in support of a cause, using a specific hashtag to show solidarity, signing an online petition or updating a profile picture with a filter graphic. Through simple actions like these, users feel like they made a difference, without necessarily contributing much to the cause.

Slacktivism has gained popularity on social media in recent years, and for some nonprofits, it may make a difference. But for others, the impact is slight to none. So today we dive deeper into the ins and outs of slacktivism and its effect on nonprofits.

The greatest reasoning in favor of social media activism is its ability to increase engagement later on. While simply liking and sharing a Facebook post probably has no actual effect on your NPO’s mission in the moment, it does have the potential to increase awareness for your cause and potentially add more constituents later on who came from liking and sharing a post. The more attention a cause receives, the greater likelihood of tangible benefits later on, e.g., heightened fundraising events, improved legislation, more volunteers, etc.

For example, let’s look at the famous ALS Ice Bucket Challenge from 2014. The challenge was to either donate to the cause or drop a large bucket of ice water on your head, all while videotaping and posting the recording on Facebook. The movement quickly took off, and while it may have started out as a slacktivist fad, it also raised a pretty penny for the ALS Association—almost 80 million dollars, to be exact. So while the movement started on social media, it had very tangible benefits later on.

However, slacktivism can be a tricky road to navigate as well. The population is fickle, after all. As soon as one person starts a slacktivist trend, 10 more do it too, until it’s all over social media, then gone a week later.

Let’s not forget the movement that arose from the hashtag #BringBackOurGirls, a campaign that took the world by storm in an effort to convince the Nigerian government to find the 276 girls abducted by Boko Haram. Despite millions of people posting and sharing this hashtag online, two years later, the girls are still missing. The hashtag no longer trends. So while it may have been a good idea to start out with, the slacktivist movement had very little impact and died out soon after it started.

The Huffington Post cites a study by Michigan State University’s Yu-Hau Lee and Gary Hsieh, which asked the question, when and how can slacktivism inspire others to give their time or money? The result was slacktivism rarely hurts activism, but it doesn’t really help much either.

The greatest component of slacktivism provides its cost-benefit analysis. It costs social media users very little to share, retweet, like or change a profile picture. However, the benefit is great because it makes us feel better about ourselves and could inspire others to get involved as well. However, according to Lee and Hsieh’s study, this involvement tends to only reach other low-risk, low-cost actions. In other words, slacktivism can promote activities such as getting out, volunteering, fundraising, mentoring, etc., but more often than not, it only leads to other slacktivist movements.

Slacktivism’s measure of success is the outcome.

The only way to truly understand slacktivism’s impact is to see the outcome. For some nonprofit organizations, slacktivism creates a large enough movement to promote change and lead to tangible outcomes. For others, a slacktivist campaign ends up as more of a waste of time, resulting in little actual results.

The Washington Post shares an article by University of British Columbia graduate student Kirk Kristofferson, which questioned the notion of “token displays of support” leading participants toward more meaningful contributions to a cause. Ultimately, the findings resulted in how public or private a slacktivist’s online activism was. Those whose initial act of support was done more privately—for example, signing a petition or writing to a member of Congress—were more likely to engage in deeper forms of contribution later on. Those whose initial act was more public, such as sharing on Facebook or liking a page, were less likely to produce deeper engagement. So, the success of the slacktivist campaign really depended on how public or private it was.

Slacktivism’s purpose in your nonprofit.

What does all of this mean for your nonprofit organization? Should you even try to promote a slacktivism campaign, or stick to more hands-on, meaningful actions? Well, the answers to those questions depend on your goals.

While slacktivism movements don’t often see tangible results up front, they do have potential for greater constituent involvement later on. This comes from the mere notion of promoting your cause. However, while building up a fanbase for your NPO is never a bad thing, it doesn’t particularly help when you can’t meet your bottom line at the end of the fiscal year.

If your nonprofit organization does want to try getting more involved on social media and running a slacktivist-focused campaign, try to pair slacktivism with tangible engagement. While conducting funny challenges or sharing a hashtag, actively invite your followers to put their promotion to use by volunteering or giving. Promote a values-based slacktivism campaign that makes followers feel more connected to your organization so they will be more likely to engage later on. Also consider that some engagement is better than no engagement at all—many supporters may not be able to participate in other ways due to physical restrictions, financial stability or age.

Slacktivism might not be the best tactic for raising money or getting the community involved with your NPO, but its limitless online reach can certainly help promote your cause. If it fits with your nonprofit mission, give it a try and see how you can continue to grow.